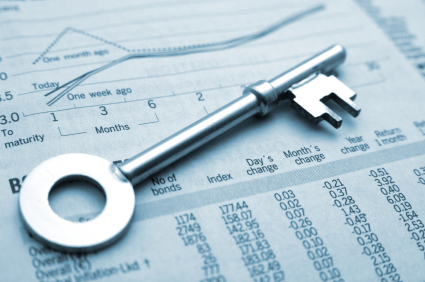 The Internet, with unlimited information is a wonderful thing for investors. But does all this information give you higher returns?

I found more information and research lowers your returns.?Let me explain.

Less is more right? No its not

I always thought more research would give me higher returns but to make sure this is right I looked for studies to confirm this.

I could not find any. In fact the studies I found said the exact opposite.

Even worse the studies found that as the amount of information increases it increases confidence rather than accuracy.

And as you know overconfidence is one of your greatest enemies when investing as it leads you to invest a larger part of your capital then you should and makes you hang onto bad investments when you should have sold a long time ago.

Let’s look at the research

The first research on overconfidence that I could find was published in 1965 and called Overconfidence in Case-Study Judgments by Stuart Oskamp.

In the study Stuart wrote a profile on a young man who was seeking psychological help. Based on the profile he asked various psychologists to answer questions about the young man as well as indicate how confident they were that their answers were correct.

He divided the study into different stages.

In Stage 1 he gave very brief information about the man and the psychologist had to answer questions about his attitudes, interests and reactions to real-life events. In this stage information was kept to a minimum in order to create a base rate to compare later stages to.

In Stage 2 two pages of information about his childhood up to the age of 12 was added. Stage 3 added two more pages on his high school and college experiences. And in the fourth and final Stage more information was given on his life up to the present day.

The results of the study were surprising.

No psychologist ever reached 50% accuracy and the average final accuracy was less than 28% (chance was 20%). And in spite of accuracy only increasing marginally as information increased confidence in the answers increase substantially from 33% in Stage 1 to over 53% in Stage 4.

Another thing, as the information increased the less likely any of the psychologists were to change their mind. From 40% in Stage 1 to just 25% in Stage 4.

Stuart mentions that the psychologists “may frequently have formed stereotype conclusions rather firmly from their first fragmentary information and then been reluctant to change their conclusions as they receive new information.”

The results of this study was confirmed in a very different one published 1973 by Paul Slovik called Behavioral Problems of Adhering to a Decision Policy.

In the study eight experience bookmakers were shown a list of 88 variables on the past performance of a horse. Each bookmaker was then asked to rank the pieces of information by importance.

The bookmakers were then given data for 40 past races and asked to rank the top five horses in each race. In order to do this each bookmaker was given the past data they selected as most important in increments of 5, 10, 20 and 40 variables.

In other words each bookmaker predicted the outcome of each race four times, once for each of the sets of information. And for each prediction the bookmakers were asked to give an indication of how confident they were of their forecast.

Just like the previous study the results were not what you would expect.

The accuracy started out at just over 15% and increased marginally as a number of variables increased. However going from 20 to 40 variables decreased accuracy to below the point where it started with only 5 variables.

What was remarkable was that as the number of variables increased their confidence increased substantially in a near straight line from 17% with only 5 variables to over 30% when they received 40 variables.

What does this have to do with investing?

As the two studies do not have anything to do with investing you may think they aren’t really applicable to you and your investment decisions. However the third study I found relates directly to investing.

The study by Fred Davis, Gerald Lohse and Jeffrey Kottemann was published in 1994 and called Harmful Effects of Seemingly Helpful Information on Forecasts of Stock Earnings.

In this study MBA students, which previously worked in the investment industry, in a course on advanced financial statement analysis were asked to forecast the fourth-quarter earnings of 15 different companies. They were also asked to note their confidence in the forecast.

The information on each of the companies was presented in the following three formats:

Even though information on the same company was given in the three different formats none of the participants realised this. This may have been because the information was separated by other companies.

The study found that both relevant and irrelevant information significantly increased the forecast error ((forecast-actual)^2/actual ) of the students.

And exactly the same as in the previous two studies the adding of more information, relevant or irrelevant, increase the confidence of the students from 56% when they had only basic information to 64% when they had the basic as well as additional relevant information.

What does this mean for you?

The optimal thing you can do is to draw up a checklist of the most important points you would like to know about every company you analyse.

You can get ideas of what to include in your check list from the article What does your checklist look like.

Look at the risks

Work through your checklist with every investment you analyse but at the same time you should make a list of what the most important factors (no more than 5) that could influence the company’s business. Taking a look at the Risks section in the company’s annual report can help you a lot here.

Do this before you start looking at the financial statements or company presentations.

Not only will this help you to substantially reduce the time you spend analysing investment but it will immediately let you focus on the most important things you need to look at in more detail.

Also because you haven’t spent weeks analysing the company you will not be very confident that you have made a good investment decision. This will help you to easily change your mind when new information become available that makes the company a less attractive investment.