Start Saving for Retirement as soon as you can, or

Home/Newsletter Archives/Start Saving for Retirement as soon as you can, or
Previous Next

Start Saving for Retirement as soon as you can, or

As you know investing and retirement are closely linked. 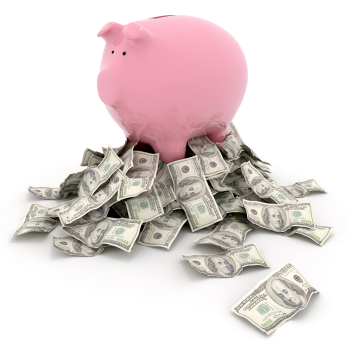 And as a reader of my newsletters you know I am a passionate believer in planning for your retirement as early as possible.
Here are a few articles you may want to look at where I wrote to you about retirement:

What is money death and how you can avoid it

Start as early as you can

I am thus very happy to post an insightful article written by Thomas Nashng at PensionReviews.com that shows you why it’s so important for you to start saving for retirement as soon as you can.

Why you should Start Saving for Retirement as soon as you Start Work ? Guest post

Most people are told that they should start saving for retirement as soon as they start their careers, but the temptation to go on a spending spree when you get your first pay checks is a strong one!

I am going to try and convince you that you should resist this temptation and start putting a small amount away per month to reap the benefits later in life.

Firstly, putting away a small amount per month needn?t be too much of a struggle. Small costs on a monthly or weekly scale can really mount up when worked out annually, for instance, many people pay for a gym membership that they rarely use, this could be around $70 per month, which doesn?t seem that much but works out to $840 annually, a much more useful sum.

You can even save lunch money

Other money saving ideas could be making your own lunch for work, rather than spending $10 per day on eating out, if you made a lunch yourself, which is often a lot healthier as well, you could save up to $7 per day. This works out to a massive saving of $1,680 per year! This also applies when working the other way, putting away a small amount per week or month can add up to a large saving at the end of the year.

If that doesn?t convince you that you can save straight away, maybe a comparison between two people that begin saving at different times may help, you may be surprised by the results.
Two people, let’s call them Tom and Charlie, begin saving for their retirement and aim to be retired at 60.

Tom is a more organised saver and begins saving at 20 years old, at this age he starts putting away $150 per month and has 40 years to save.

Charlie is less organised and begins putting away $300 per month at age 40, he has 20 years to accumulate savings for his retirement. They have both put $72,000 away in total, but the effects of compound interest means the amount they end up with is much different!

Assuming they receive an average return of 7% per year on their money, the more organised saver,
Tom would end up with $324,000 in his final account and Charlie would end up with $157,000. This is a huge difference, Tom ends up with more than double when he comes to retire in fact, and displays the advantage of getting your money to work for you at an early age, rather than cramming all your saving into your later career.

This huge difference, as I mentioned before, is all down to compound interest. This is when the interest you earn in the first year can earn interest for you in the second year as well as the initial sum that you saved, this may not sound like it would make much difference but the effects when extrapolated over a long period can be staggering!

In addition to the clear financial benefits, there is also the security of knowing that you have money stored away in case of emergencies that crop up, and they will crop up, over the course of your lives and careers.

I hope this article will show people the benefits of beginning their saving earlier rather than later, and also demonstrate that it doesn?t have to be difficult or a struggle as just putting a small amount away often will really pay off in the long run.

The article was written by Thomas Nash, a graduate in Economics from the University of Manchester, now working at PensionReviews.com raising awareness of the need for people to be adequately prepared for their retirement financially.
Your early retirement analyst

6 Indispensable Traits of a Successful Investor

6 Indispensable Traits of a Successful Investor

December 19th, 2013
How badly were you burned by that investment tip?

How badly were you burned by that investment tip?

Are you fishing where the fish are?

October 17th, 2013
Is using one valuation ratio lowering your returns?

Is using one valuation ratio lowering your returns?

What is money death and how you can avoid it

March 29th, 2012
Profit warnings: Numbers, Time periods and What must you do?

Profit warnings: Numbers, Time periods and What must you do?

February 29th, 2012
How to really cut your time to valuing US companies an interview with Jae Jun

October 27th, 2011
The hedge fund manager that gave back fees

The hedge fund manager that gave back fees

You vs. the bear market ? how to win

September 29th, 2011
How to find the most undervalued companies in Europe and elsewhere.

September 9th, 2011
The Difference: Making money investing vs. Having fun playing the market

The Difference: Making money investing vs. Having fun playing the market

August 25th, 2011
Worst investment ever – My story and how you can avoid it

Berkshire 2011 meeting notes ? why and how to invest for inflation

May 26th, 2011
Invested in emerging markets because of high economic growth? There is a better way?

Invested in emerging markets because of high economic growth? There is a better way?

April 21st, 2011
A fund manager I would recommend to my parents

A fund manager I would recommend to my parents

April 14th, 2011
How patience can increase your returns

How patience can increase your returns

Ever heard of the flow ratio?

March 24th, 2011
My biggest investment loss ever ? Tell all interview

My biggest investment loss ever ? Tell all interview

Your investment success: Skill vs. Luck

February 10th, 2011
What you need to know about orders

What you need to know about orders

January 27th, 2011
Five investment opportunities ? you don?t have time to hunt down, but I do

Five investment opportunities ? you don?t have time to hunt down, but I do

December 9th, 2010
Why and how you can beat the market

Why and how you can beat the market

November 24th, 2010
Learn from the wisdom of great investors

Learn from the wisdom of great investors

Other sources of investment ideas

November 4th, 2010
How to invest for inflation

How to invest for inflation

October 20th, 2010
The only quarterly market letter worth reading

The only quarterly market letter worth reading

October 13th, 2010
The secret to trying something new

The secret to trying something new

Why learn investing the hard way?

September 29th, 2010
Can you become independently wealthy as an investor?

Can you become independently wealthy as an investor?

September 24th, 2010
The one thing you can do to become an even better investor

September 16th, 2010
How to choose your stockbroker

How to choose your stockbroker

Investment rule #2 ? It’s all about managing risk and emotion

September 2nd, 2010
Do you make these thinking mistakes?

Do you make these thinking mistakes?

August 19th, 2010
The best investment advice you will ever get

Never mind what to buy do you know when to sell?

Five valuable investment lessons from 2009 you can apply now

Printing money – A warning from history

July 22nd, 2010
What if your investment strategy stops working

What if your investment strategy stops working

Nine books every investor should read

July 1st, 2010
Improve your returns with inside information, legally

Improve your returns with inside information, legally

Your questions answered ? Q & A

Academics can enhance your returns

A case for gold

May 27th, 2010
Do you make these online investing mistakes?

Do you make these online investing mistakes?

May 6th, 2010
How to evaluate company management

How to evaluate company management

Do you know the first rule of investing?

The best investors have this… Do you?

Get investment ideas from the best fund managers delivered

April 8th, 2010
World demographic changes ? Why you should care

World demographic changes ? Why you should care

Lessons from the crisis

The single best way to get investment ideas – Guest Post

March 18th, 2010
Boost your productivity and get more done

Boost your productivity and get more done

February 19th, 2010
Do you have an Investment Plan

Do you have an Investment Plan

The What If Game

February 4th, 2010
Why have investors not been told about this

Why have investors not been told about this

Your questions answered ? Subscriber Q & A

What is Value investing – Different view

December 10th, 2009
The Only Way to Become Amazingly Great at Something

The Only Way to Become Amazingly Great at Something

December 7th, 2009
The Simplest Way to Clear Out Your Inbox

The Simplest Way to Clear Out Your Inbox

November 5th, 2009
The secret to improving your investment process

The secret to improving your investment process

October 15th, 2009
What does your investment checklist look like?

October 8th, 2009
Do you get investment advice from friends and neighbours

Do you get investment advice from friends and neighbours

October 1st, 2009
The most underrated investor resource on the internet

The most underrated investor resource on the internet

September 24th, 2009
13 Advantages of actively managing your money yourself

13 Advantages of actively managing your money yourself

September 17th, 2009
How the Z-score can help your investment returns

How the Z-score can help your investment returns

Markets are fairly priced – What now?

September 3rd, 2009
How to automate internet searching in five minutes

How to automate internet searching in five minutes

August 27th, 2009
How concentrated should your portfolio be?

How concentrated should your portfolio be?

August 13th, 2009
Investors should listen to their elders – Guest article

Investors should listen to their elders – Guest article

July 24th, 2009
Incentives can make you a better investor

Incentives can make you a better investor

Do you want to sell out now?