Home/Newsletter Archives/How to find the most undervalued companies in Europe and elsewhere.
Previous Next 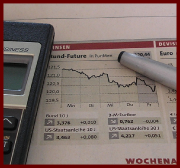 Do you know the best and easiest way to find undervalued (value investment) companies in Europe?

This is a question I get quite a lot.

I have a great source of ideas that surprisingly few value investors have even heard of.

Before I tell you exactly where to go let me start with the story of how I found it.

My initial sources of value investment ideas were the following:

I think you can already see what my problem was.

I simply had too many companies to look at. And as I work through a comprehensive checklist when I analyse a company I hardly had time for anything else.

Also my method of selecting companies, even though it was based on long-term market outperforming US investment strategies like low price to book and low price to earnings ratios I was never really sure if and how successful these strategies would be in Europe due to the limited amount of long-term investment studies done on European companies.

I think it was around 2006 when I read Joel Greenblatt’s book called The Little book that still beats the market.

The Magic Formula Joel suggested in the book made lot of sense to me and I started moving my investment selection to magic formula companies.

Luckily at the time I had access to a Bloomberg terminal, and with substantial formulas and screening I was able to put together a list of the cheapest worldwide magic formula companies.

I continued using Bloomberg and the magic formula with a lot of success until 2009 when I ran into a website run by Philip Vanstraceele and Luc Allaeys.

These guys had exactly the same problem as I had. They wanted to buy European and UK Magic Formula companies but there was no good magic formula screener for these companies.

So they decided to do something about it.

So in the depths of the financial crisis, shortly after Lehman Bros went bankrupt, they signed a contract for a high quality, expensive data agreement and started building their own magic formula screener.

Even though the salesperson from the data company was glad to be making the sale (he probably didn’t have any other customers at that time) he did cautiously ask them if they knew what they were doing.

After I saw what they were up to I immediately contacted them and asked if I can help them with their project. As the screener and the website was a part-time project they gladly accepted my offer and I helped them with some back testing they were doing on the magic formula and other investment strategies.

A few months after I started using the screener they mentioned and they were getting a lot of requests from investors saying that they really like the ideas behind the screener but that was all too much work for them.

Was there a simpler solution that could give them clear buy and sell instructions with someone else doing all the analysis?

As none of the guys were native English speakers they asked me if I would write a newsletter for them. I immediately said yes as I am a firm believer in their screeners based on the back tested research we have done.

And so it was that in July 2010 I started writing a newsletter called Quant Value for them. Each month recommending four of the most undervalued companies I could find, two in Europe and two in the USA.

Getting back to where you can easily find the most undervalued companies in Europe.

Sine then I have gone on to develop my own screener (Quant Investing) , based in the best ideas from the paper I wrote with Philip Vanstraceele called Quantitative Value Investing in Europe: What works for achieving alpha.

The Quant Investing is not free but it’s a small price to pay to gain access to the most undervalued companies worldwide identified using a high-quality database with rankings updated on a daily basis.

A strategy even better than the Magic Formula

Another reason for you to seriously consider this screener is we continuously add investment strategies as we discover research studies that have shown substantial market outperformance over long periods of time in up and down markets. And this at no extra cost to you.

For example Philip Vanstraceele and Luc Allaeys developed ERP5 best selection screen gives substantially better results than the magic formula.
You can see some of the screens we currently have here:

Much more than just Europe and the UK

We also add additional countries to the screener all the time. At the moment more than 22 000 countries across all the main markets in the world from New Zealand to the USA are covered.

I strongly suggest that you give the screener a try.

But before you do that here is the proof that convinced me to build the screener.

Take a look at the screener back tested results first.

Here you can see how well the newsletter has done compared to the European STOXX 600 index.

And if you have any questions please feel free to ask. We will be more than happy to answer all your questions.