Skip to content
Home/Newsletter Archives/World demographic changes ? Why you should care
Previous Next

World demographic changes ? Why you should care 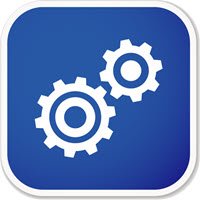 Have you thought of if and how world demographic changes will affect you and your investments over the next 10 to 20 years?

It’s not really a topic that has interested me until about a year ago when I ran into a book called Europe’s Demographic Future: Growing Regional Imbalances.

I started reading, reluctantly at first, but then became completely absorbed by the topic.

Demographics are probably the only variable that powerfully affects the future of a country that can be predicted with nearly 100% accuracy. For example, by only looking at the people alive at the moment you can almost exactly say how many people will be what age in 10 years time.

The more I read the more alarmed I became. What scared me most was how even the near term demographic impact is almost completely being ignored by politicians and the media.

For good reason because the situation looks grim.

I have since forgotten about the book but was reminded about it last week by the excellent article by Andy Xie called Our Next Economic Plague: Japan disease: Growing old is hard, but watching formally vibrant economies choke on debt and wither away is downright ugly.

In the article Andy explains that a lot of the economic problems Japan has experienced cannot only be traced back to the bursting of its property bubble in the 1990s but is also related to the ageing of its population and the resulting impact on the economy.

That is also the reason why he says normal economy stimulus measures has not worked to get the Japanese economy to grow but only managed to saddle it with debt of nearly twice its GDP.

Coming to Europe and the USA – soon

The unsettling main idea of the article is that the ageing of society and its impact on the economy is not something that can be avoided or postponed and more alarmingly will be arriving in Europe shortly and the US not long thereafter.

Okay so the world is getting older, and you may be thinking but it is not such a big thing.

I want to argue it is important and has been ignored so far because demographic projections have mainly been shown in decades rather than what will happen to a country next year or the year thereafter.

Germany is going to be hit hard

Germany, which is going to be quite hard hit by demographic developments has done a lot of research on the topic but it does not mean that you can read about in the newspapers or current magazines. I wrote on how badly Germany will be affected in Slow motion train wreck ? German demographics.

The subject is so unpleasant that the media and the short term thinking politicians have been avoiding it as far as they can.

The only problem is that it is already substantially impacting certain parts in Germany where people are forced to urgently address the issue.

Here is a taste of what is going to happen

For a taste of what an aging society may mean for you here is an example.

In the May 2007 EU report Europe’s demographic future: facts and figures, page 43 has the following example of the impact of demographic change on the state of Saxony in Germany, formerly part of East Germany.

?A very impressive example of a regional response was given by Georg Milbradt, Prime Minister of Saxony, at the First European Demography Forum.

After German reunification in 1989, the number of births fell by more than 50% and a few years later nursery schools, kindergartens and primary schools had to be closed because of a lack of children. These small cohorts have now reached the secondary and vocational school age and universities will be affected next.

Although birth rates have since recovered, they have not regained their old level.

The initial drop in birth rates will in the future be compounded by the exodus of young people. Many high-skilled young people, in particular women, are leaving Saxony to study or work elsewhere in Germany.

The working age population will shrink approximately twice as much as the overall population and firms in Saxony are already having problems finding sufficient numbers of qualified young professionals to replace retiring staff. The shortage of qualified staff is going to get worse during the next three or four years when the large baby boomer cohorts start to retire.

The population decline has led to decreasing utilisation of the region’s infrastructure. Already more than 400.000 housing units are permanently empty, out of a total of 2.3 million. Water and sewage systems are used far below their normal capacity, resulting in hygiene problems and increasing costs per capita. The number of elderly persons in institutional care is growing rapidly resulting in a sharp increase in health and nursing expenditure. At the same time, budget revenue will decrease by nearly a quarter up to 2020. Even though Saxony does not intend to take on any new debt from 2007 onwards, public debt per capita is expected to increase.

However, Saxony has anticipated the negative consequences of ageing and emigration and has started to adapt. Mr Milbradt gave two examples. Saxony has started to reconstruct its cities by demolishing 50.000 empty housing units, with a target of 250.000 units by 2015. Local authorities are required to adjust their urban planning to a shrinking population. Saxony has also begun to downsize its administrative structures. Saxony needs to ensure that it remains an attractive place for business and to make sure that ?nobody will fall behind?. The main challenge, as Mr Milbradt sees it ?is to ensure access to education and healthcare all over Saxony (…) without producing any additional debts.?

Mr Milbradt pleaded for a new way of thinking in which the universal growth paradigm is replaced by a limited number of strong local growth centres against the backdrop of an otherwise shrinking periphery. Only with such a strategy will it be possible to focus the limited available resources. Saxony has started to apply a demographic test to all its laws and funding programmes. In spite of its shrinking population Saxony hopes to remain one of the most dynamic regions in Germany, and, so far, it has been able to maintain its economic growth.?

Just imagine what 400,000 empty apartments, and that and only one state in Germany, looks like.

Granted that some of the state of Saxony’s problems relate to migration to the large cities in western Germany but Saxony is a great example of what Germany as a whole, will have to deal with in future as, in the next 50 years its population is expected to decline 20% or by 17 million people (equal to the current total population of the Netherlands).

In spite of the problems mentioned above in Germany, Japan has an even older demographic profile so in a way Japan is a laboratory where Europe and, at a later stage, America can learn from.

What exactly are the main changes and ageing population will bring?

The most obvious is that there will be a labour problem. There will be a lack of people to do all kinds of work like cleaning, serving and selling as everyone has retired or are just too old to work. What may happen is that because of decreasing pension payments people will just simply have to work longer than what they ever thought they’d have to.

Not just because they will not have enough money in a retirement but also because there will be nobody to do the work.

In terms of investment am not sure what the ageing populations impact will be.

Here are my initial thoughts:

– Available capital will decrease as people withdraw funds to live on

– Capital will move to less risky assets i.e. from equities to bonds

The immediate sector that will benefit from our older population is pharmaceuticals, medical devices such as hip and knee replacements, as well as hospitals and services caring for the aged.

If this will be a long-term profitable investment trend is still unclear. What worries me is that a lot of these services have to be provided by the government, and because of declining tax revenues and already high debt burdens, they will try and save putting pressure on what they are willing to pay.

It is not an easy question to answer as there is no history to learn from.

Your, worrying if he has saved enough for retirement analyst.