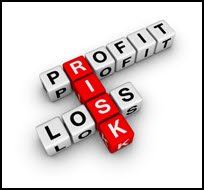 This article is about exactly that, my worse investment ever and how you can avoid the same happening to you.

My other large mistake was the sofa retailer SCS Upholstery that went into administration after credit insurers cancelled its cover. You can read all about my experience with SCS in the article It is never too late to sell.


Here is my story.

In March 2006 I came across a very undervalued small company in the UK on one of the screens I use to find cheap investment ideas.

This is how cheap it was:

You must admit it was cheap.

The company was the Lambert Howarth Group PLC (Lambert Howarth) and it designed, sourced and supplied footwear, accessories and houseware products under its own labels and licensed brands to retail customers.

Two weeks later the share price was 11.4% lower after management said trading conditions were disappointing and below expectations. I bought a few more shares at GBP1.495.

Price falling – I kept on buying

Over the next month the share price kept on falling and I kept on buying – this is something I now NEVER do more than once. A month and a half after my first purchase the share price was 44% lower and I have bought five times.

Shortly thereafter the value investment fund Intrinsic Value Investors bought a 4,9% stake in the company. So I thought I could not be completely wrong with my analysis.

I of course did not buy more without any analysis. Each time before I put in an order I re-looked my analysis, searched the internet for articles, called friends in the UK and asked them to look at the stores.

On 19 July 2006 the company announced the retail market had not improved since its last announcement and that sales in the first half of the financial year had been significantly lower than expected. On the assumption that conditions will not recover in the second half, the company now expected that it will report a loss for the current financial year.

Apart from the bad trading results I could not find anything else wrong with my analysis. In spite of me looking at the company from every possible point of view. Tough retail conditions were affecting a lot of companies in the UK and were not a problem only Lambert Howarth had.

At this time the company has reached the unbelievable valuation level of:

At the end of July 2006, thinking I was missing something serious, I asked a trusted friend (an excellent value investor) to look at the company. He said that in spite of a sales decline the company was in good financial shape but that a lot will depend on the experienced new CEO. He saw it as a high risk high reward investment with the risk lowered by the sound financial position of the company.


So I continued to hold

So I continued to hold and the stock price kept on dropping. By the end of August 2006 it had declined over 60% from the price I first paid.

At the end of August I bought the last time.

At this time the share price was GBP0.6525 and the company was trading at a historical price to earnings ratio of 2.5 times, price to book ratio of 0.4 and a 16.9% historical dividend yield.

At this time Lambert Howarth made up 12% of my portfolio valued at my purchase price and 6% in terms of the current price. Still a large position in spite of the 50% fall in price.

On 28 September 2006 the company as expected reported a loss for the half year ending June 2006 after writing off a lot of goodwill. What contributed to the loss what that fact that Marks & Spencer (their largest customer) started buying half of the shoes they normally bought through the company directly.

This was a very important fact I overlooked, but more on that later.

On 30 October 2006 the non-executive Chairman of Lambert Howarth Group, bought 50 000 shares with a value of GBP29,937. He was not betting the house but it was quite a large amount. A positive sign I thought.

In March 2007 the company announced that the restructuring, announced in September 2006, was well underway, as a result of which a number of significant changes have been announced including that a new finance director was to be appointed. Even though they said that trading in the first two months were difficult the company said that they were confident that the healthy first half order book will be converted into profitable sales over coming months, making up much of this shortfall.

The announcement also said that PricewaterhouseCoopers has been appointed to act as its financial adviser as the board wanted to review its strategic options, and these may involve the raising of new equity. This was another important fact I also did not pay enough attention to.

In 1 May 2007 the company reported a loss before tax of GBP16.3 million after goodwill and restructuring costs of GBP6.2 million. Sales decreased 29%, mainly because of the loss of half of the Marks & Spencer business mentioned above.

Not all doom & gloom

But it was not all doom and gloom with the chairman saying trading conditions began to improve towards the end of the year, a trend which has continued into the current financial year. He also said that the company was continuing its restructuring process, lowering costs and moving more manufacturing to Asia.

But because of the poor performance of the business in 2006 and restructuring that it needs more capital. Adding that in the absence of such a fundraising it may not be able to operate within its existing bank facilities. This was the third and most important warning sigh I did not pay enough attention to.

At this stage the share price was GBP0.51 and the loss on my investment was 56%.

At this time, a few years later, it is hard for me to say exactly what made me hold the investment in spite of the deterioration of the business. I am sure I was overoptimistic, giving more weight to the vague positive statements of management.

Did not take the loss

But more importantly? I simply did not want to take the loss. As you know realising a loss is a painful experience but a loss of 56% on a position that (at purchase) was 12% of your portfolio is really bad.

Looking back this is the point where I should have finally cut my losses but I did not.

Here is the rest of the story

On 17 May 2007 the company announced that it was still in discussions with its lending bank and investors but it is likely that any fundraising would involve an issue of equity or alternative convertible instrument at a value that represents a significant discount to the share price of GBP0.4950. There can be no guarantee that such a fundraising will be completed, in which case the Board would pursue alternative options which could include the sale of all or part of the company.

On 2 July 2007 the company released good and bad news. It said as a result of a series of meetings with existing shareholders and new investors it was confident that it will shortly send a note to shareholders with details of a proposed placing of new shares to raise a minimum of GBP7.5 million in cash, at a price at or near the current price of GBP0.185 per share.

The bad news was, given the link between the fundraising and the publication of the 31 December 2006 annual report the company requested that the listing of the shares be temporarily suspended pending publication of the 2006 results.

The Company expected that listing of its shares will resume once the note to shareholders containing full details of the fundraising has been issued, and the 2006 Accounts have been filed.

To cut the long and painful story short.

On 13 September 2007 Marks & Spencer said that they will not to place any further orders with Lambert Howarth. This lead to the company on 3 October 2007, due to the uncertainty over future levels of business and the cancellation of the fundraising, saying it was unable to publish its annual report and accounts for the year ended 31 December 2006.

And the board thus decided in the best interests of the creditors of the company for an administrator to be appointed.

So the investment was a complete loss.

Here is the chart

It was not a complete loss as the experience taught me a lot. And because of the large amount of money I lost I have not forgotten a thing.

1. Management is always too optimistic.

If you cannot see it in the numbers it is better to be sceptical. Think of management as salesmen trying to sell you something. They are not on your side.

2. Be very careful before you increase your position if the share price keeps dropping.

I now as a rule only buy once if a position declines, after a very thorough second analysis.

3. Be especially careful about investing more if the business is deteriorating.

I kept on buying as the company went from being undervalued to being extremely cheap (PE of 2.5) but that was all on historical earnings. You should make sure that past profitability can be achieved again before increasing your position. Think of what happened to Kodak and Nokia.

4. Think and plan what you will do if an investment loses money

After this experience I gave a strict trailing stop loss strategy a lot of thought. The idea of limiting all your losses to 20% and making your winners run is attractive but very difficult to implement. Selling at a 20% loss is a good rule to set because if you give yourself too much freedom to hold you will most likely never sell as it is painful to take a loss.

It turned out to be a good year after all

But it could have been a lot better without the 12% portfolio loss from my investment in Lambert Howarth.